The term “Tier 1” gets used quite liberally and frequently by many solar companies who use it to describe their solar panels as being of a high quality. This is in fact incorrect. The Tier 1 ranking scale is orchestrated by Bloomberg New Energy Finance Corporation and is used to rank solar panel manufacturers in terms of their bank-ability or financial stability.

Book A Call Back

One may quite rightly assume that a Tier 1 ranking has more to do with financial stability rather than product quality – and the answer is Yes. Bloomberg defines a Tier 1 solar manufacturer as “those which have provided products to five different projects which have been financed by five different banks in the past two years”.

That being said, a bank would not fund a large-scale project worth say $200 million dollars if the product used was likely to fail in the short-term thus, inadvertently, a Tier 1 solar panel is a high-quality panel, or should we say a solar panel that is designed to produce power for as long as the expected lifespan which is 25 years. The other reason why one can assume that a Tier 1 solar panel is a quality panel is based on the criteria set by Bloomberg in that only solar panel manufacturers that own their own manufacturing facility can be included for review. If a solar company outsources the manufacturing of its panels then it will not be included on the Tier 1 list. If a company owns its own manufacturing facility, then you know that there will be strict quality control guidelines in place which ultimately will result in a better and more reliable product. Companies have invested in their own manufacturing are also investing in research and development of their product. Simply put – they want their solar module to be better than a competitor’s solar module. Having a competitive advantage (say for example a higher efficiency panel) over similar manufacturers can lead to better sales. 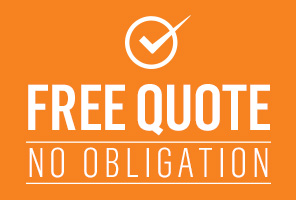 It is important to note that only a very small percentage of the world’s solar panel manufacturers achieve Tier 1 ranking so be very wary if a solar company makes a claim that their solar panel is a Tier 1 panel.

Our Head Office is located at 14-20 Aerodrome Rd, Maroochydore QLD 4558. All our installation crews across Australia are ready to deliver award-winning quality design & installation service.